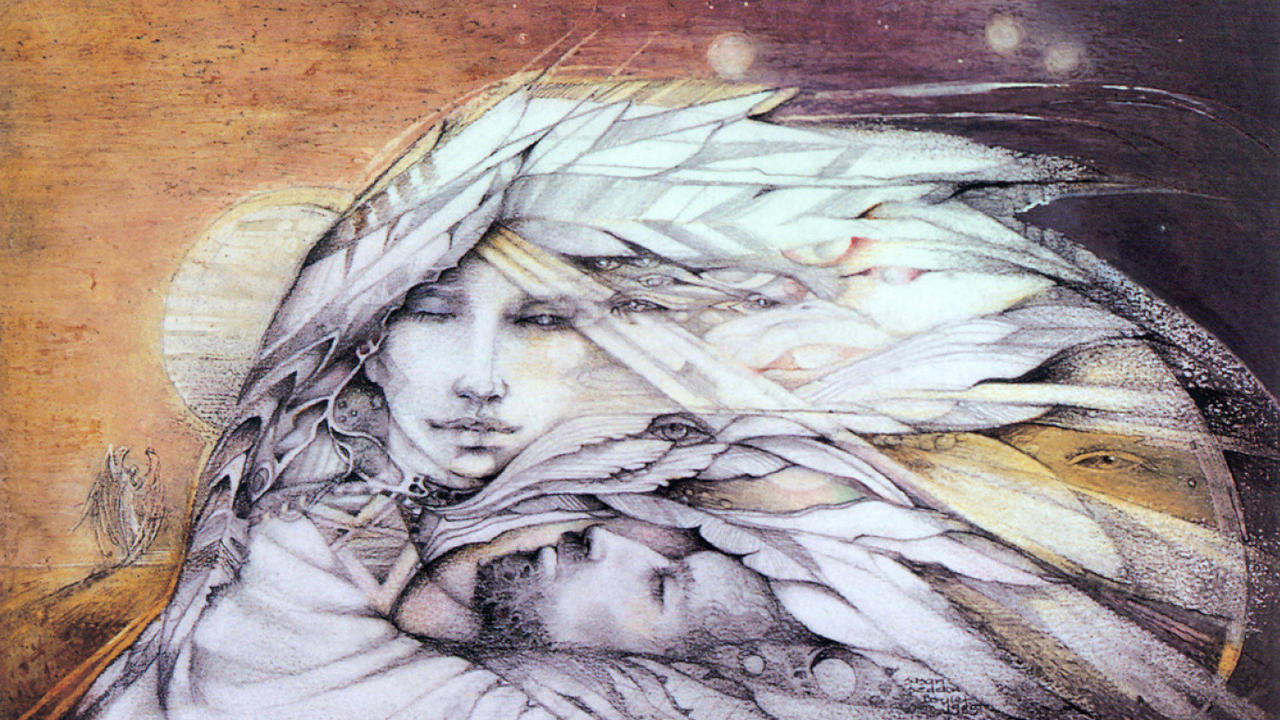 Dusk is falling gently over our shoulders as a fellow Medicine Sister asks me about my Medicine Soul Brother. His face appears in my mind bringing a warm smile to my lips as the Thurderbird claps his powerful wings above in the first storm song of the season. My primal instincts raise to attention with the knowledge that a message is coming.

I love listening to Spirit speak in its whispers and symbols, yet when it is succinct with no guesswork, I know it is an unfolding of magic necessary for me to learn from at that time. Just like a totem, an archetype can show up in very specific ways to teach, or very general ways to impart lessons in the Dreamtime, Waking Life, Medicine Lands, Shadow Lands, and through other people as teachers. The clues to the message can usually be found in retrospect unless you are paying attention. I usually see the signs building into a series of four, aligning with each of the Elements, guiding me to the Fifth (Spirit), or my question at hand. The signposts are usually quite close displaying a theme of synchronicity to decode, thus pointing at a deeper lesson being revealed rather than a general message, if you know what you are looking for.

It is really important when reading the signs in nature that you are careful it is not based on wishful thinking and is actually founded in Spirit guiding you, which admittedly takes practice mixed with trial and error. Trickster Spirits, such as the Crow, Coyote, and Thunderbird, can poke you to act out of your comfort zone and find the humor in things, but this is very different than piecing together a story to confirm your own ego-based desires.

When people have these roles in our lives, it is even more important the energy in these relationships not be misconstrued into something else, which happens when not enough personal Shadow has been cleared. You can see this taking place with people who think they are in love with their shamans or gurus (or vice versa with their students), break boundaries that were meant to be in place for the tension of growth for individual spiritual enlightenment. By tension, I do not necessarily mean strife or unrequited something or other, but rather the energy that is in motion creating balance, like a centripetal force. Yin and Yang, so to speak, which has the potential to evolve into something greater than what human relations can communicate with words. 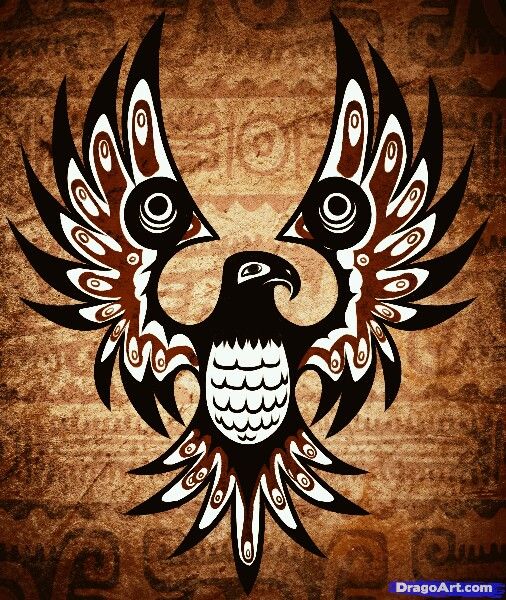 For example, I have this friend in my life who represents an aspect of my Divine Masculine Medicine Man and appears whenever I have questions about my Medicine Path, or when I am ready for the next level of my evolution. From the very first moment we met, at the edge of the Medicine Lands before walking into a ceremony, I knew he was going to become incredibly meaningful in my life, yet I wasn't entirely sure how it would manifest. Even on the Journey that first night it was full of challenge and growth, annoyance and desire, music and madness, laughter and frustration, devotion and disgust. A true Medicine pairing my Elder would say (most likely laughing his head off), as I had met my match and would probably love and hate this person as they spun circles around me with their own Trickster Spirit, just as I would feed their confusion with mine.
As a Medicine Woman, having a Spiritual counterpart to share with and grow from is key for transformation, and something I used to yearn for in an actual physical partnership. Over the years I have released this desire to be seen by any one person, giving gratitude for the people in my life who show up to teach me in multiple ways. Still, I am seen by this person and my life responds by planting their energy into my field when I need to level up. Comforting as this is, what is even more magical is that the vibration emanating from this archetypal energy pattern as a reminder of what is already present in me and available for communication with whenever I wish to listen to its song. When his energy shows up, I have a map of symbols that lead to the treasure behind the questions I have asked about my own path, and tune in with full attention because that is what we do with our Mentors, Guides, Allies, & Teachers. Not by putting them on a pedestal, but by recognizing they are an aspect of myself showing up in a skin that is easier to connect to in the story I am co-creating with Spirit. Learning to listen and receive the direction to one's inquiry, without question, is a skill in and of itself. 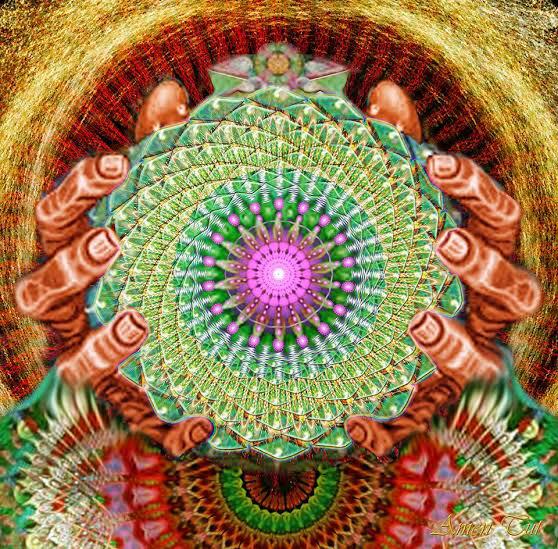 Having allowed the energy of this Medicine Archetype to be filled by someone as an energetic symbol of resonance that I can fully sense and taste, without attachment to yet open to learning from is unlike any other connection I have ever known. I am honored, even as I am amused in the one-sidedness of such an exchange of this significance. The ability to Trust the codes that come through these messages leaves me feeling otherworldly, yet there is no longer a feeling of loneliness, loss, or disconnection because this element, the 5th Sacred Thing so to speak, is always with me, a part of me. The concept of Mother/Father/Lover/Brother/Sister makes so much more sense when I dance with the essence of energy rather than demanding it take a specific form. This is not to say it will not manifest into an actual partner if I so desired but rather by removing the craving I allow myself to become open to the myriad possibilities of All My Relations. Oha. 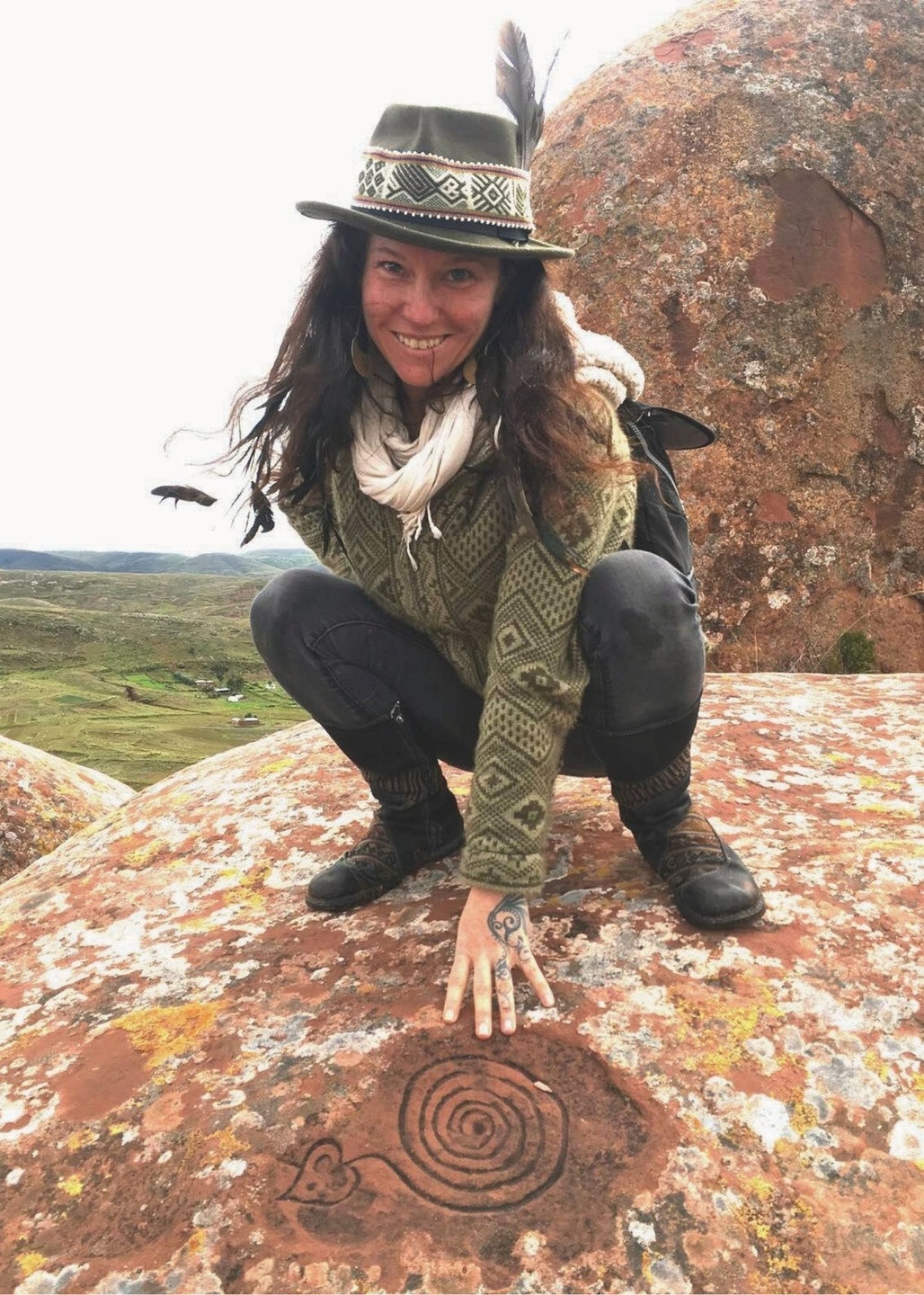 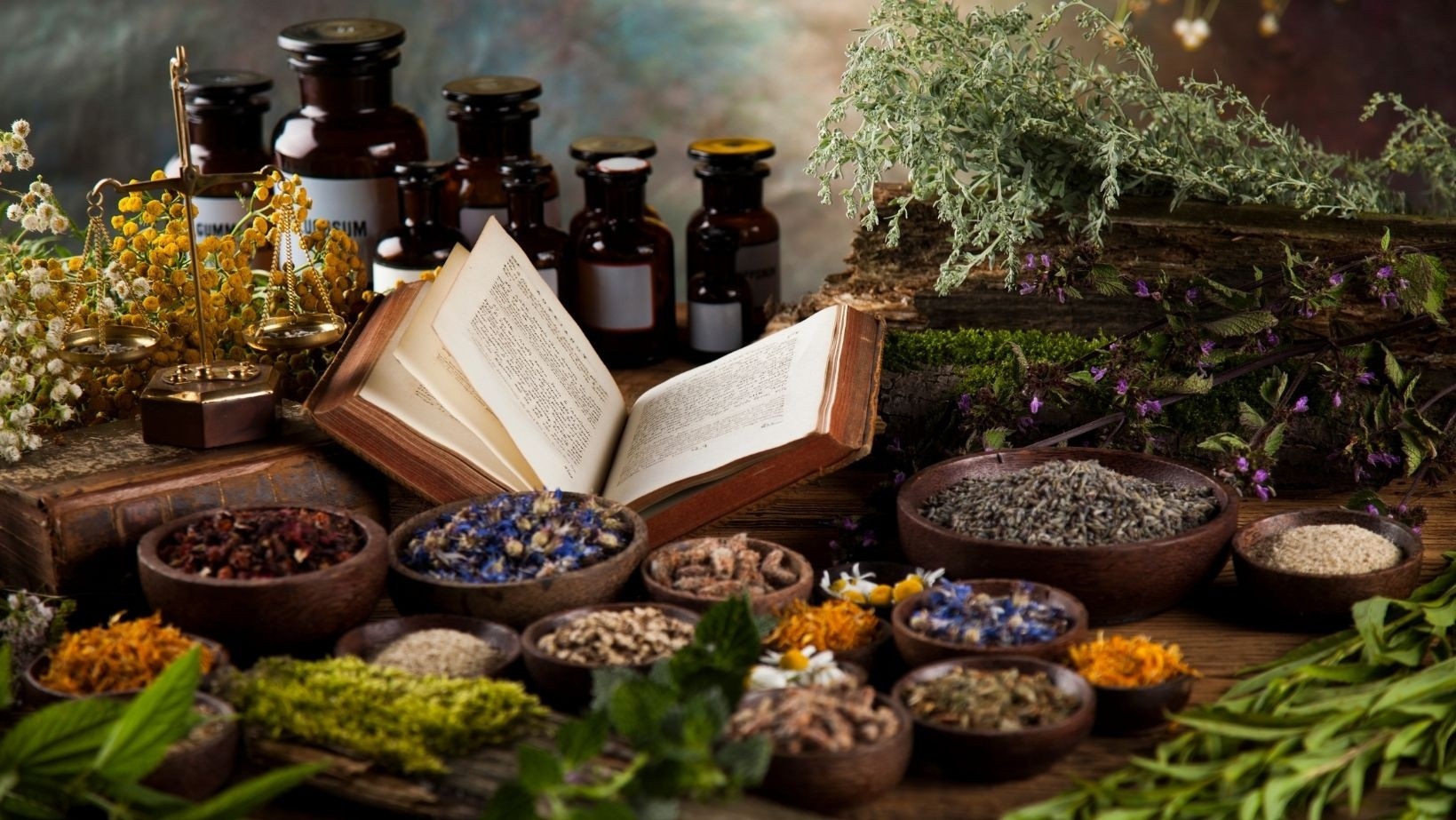 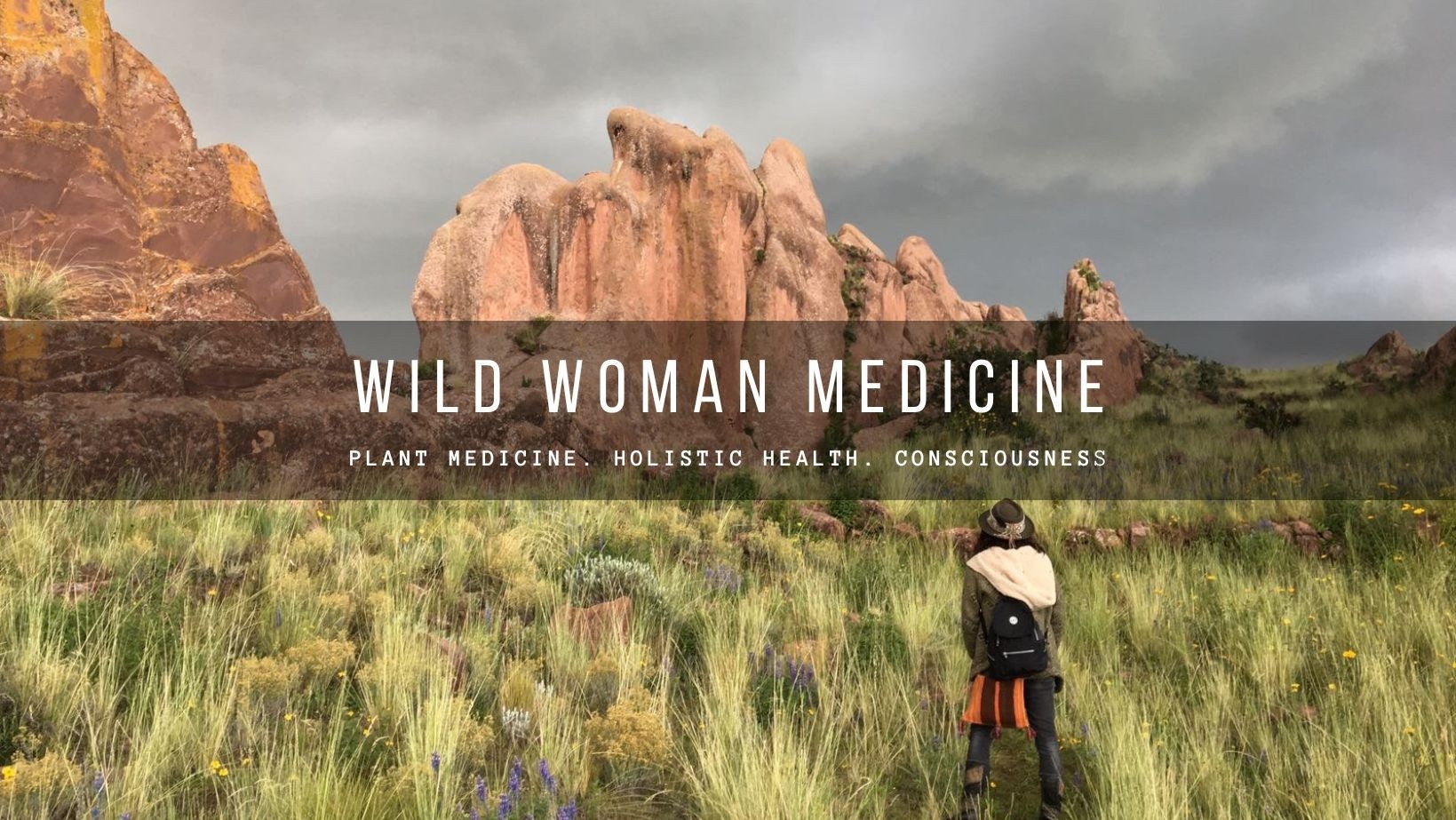